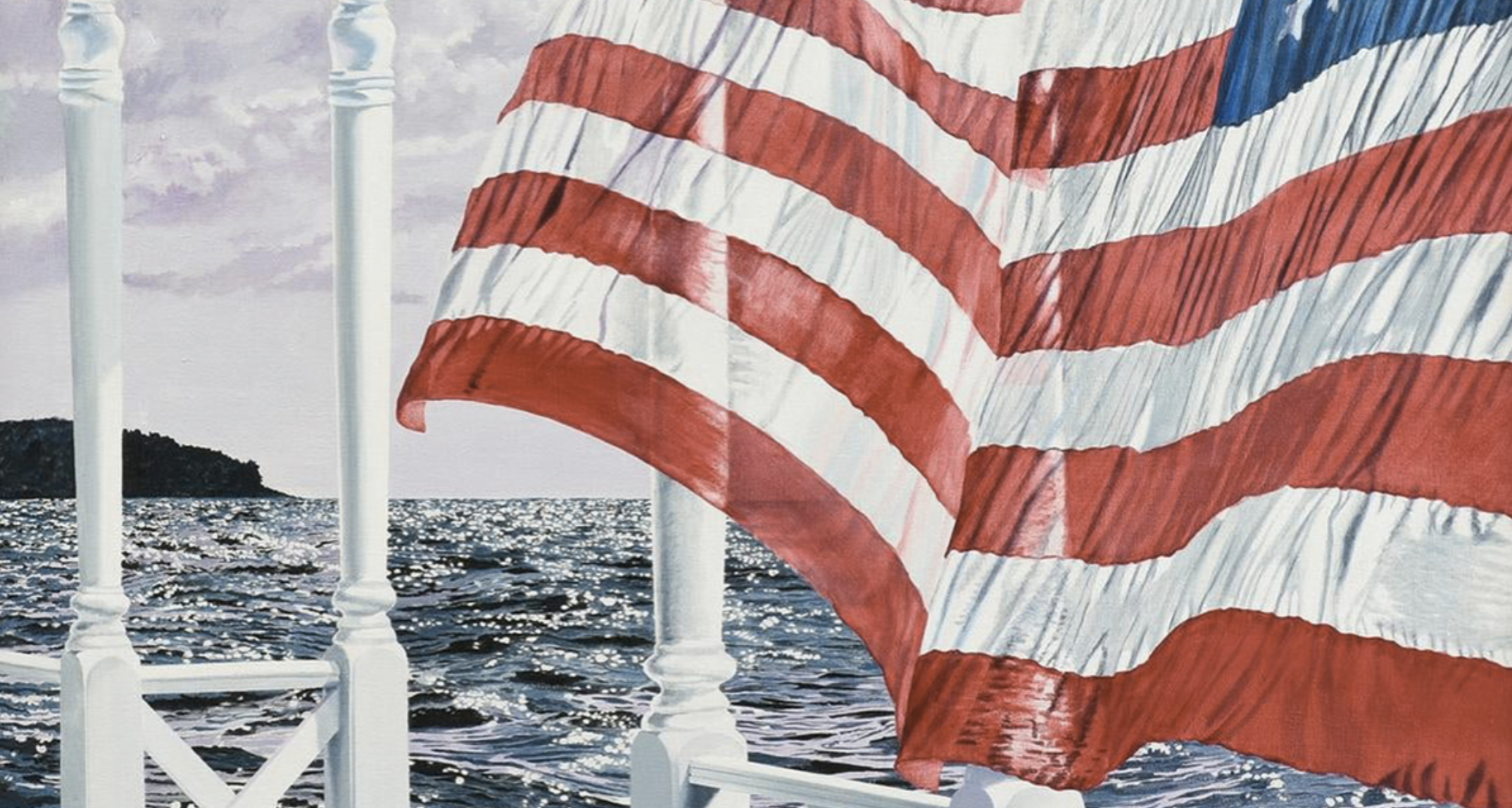 “Waves” by Alice Dalton Brown is a beautiful, original oil painting of where we would all like to be this July 4th –  at the seashore.  Dalton Brown’s dazzling combinations of light and architecture have made her paintings enormously popular.  Her paintings capture perfect moments to be treasured – an American flag waving in a seashore breeze, late afternoon shadows on a white-washed porch, lush tropical landscapes reflected in a swimming pool, gauzy curtains gently moving in an open doorway.  Dalton Brown’s paintings transport the viewer to a tranquil, perfect and timeless world.  Her still, quiet compositions are reminiscent of Edward Hopper, only (in my view) happier and not as lonely as Hopper’s paintings.  Dalton Brown’s paintings look as if someone has just left the room.

Born in 1935 in Pennsylvania, Dalton Brown moved in 1939 to Ithaca, NY, and grew up there.  Her father was a psychology professor at Cornell University and her mother was a musician and potter (still working in her pottery studio into her 90s).  Displaying artistic talent even as a toddler, Dalton Brown attended Cornell University and Oberlin College.  She married in 1960 and children soon followed.  In 1970, she moved with her family to New York City, where she resides today.

During the 1960’s and into the 1970’s, Dalton Brown painted barns, perfecting shape, color, light, and techniques that would become critical to her later, highly popular paintings.  In 1977, while driving through the countryside after a visit with family in Westfield, NY, she spotted the so-called “Westfield House” that thereafter became a prominent image in her paintings.  The Westfield house was a Victorian-style white clapboard house with a spectacular porch that captured light and shadow. 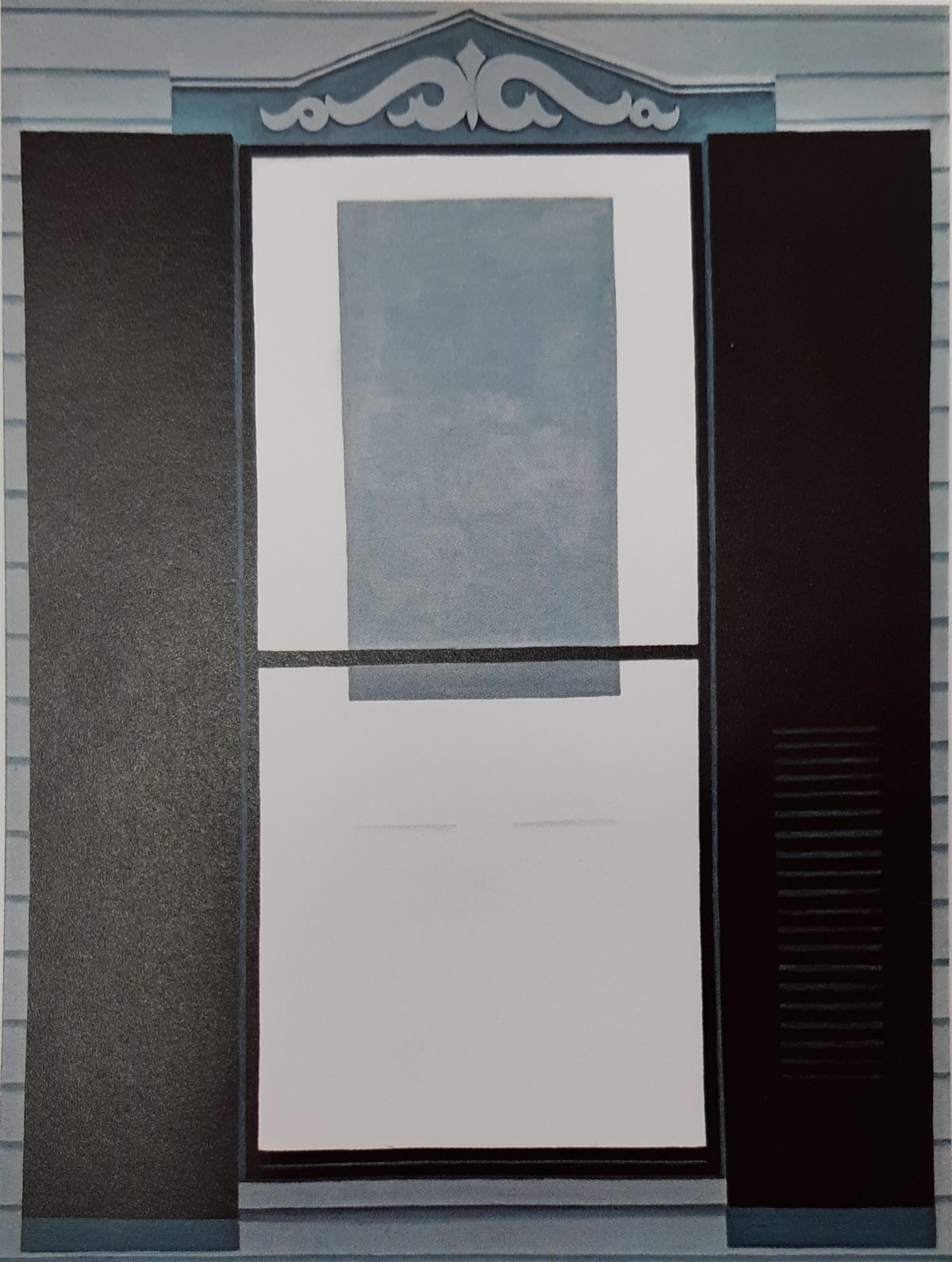 Another interesting artist comparison is Dalton Brown’s Westfield House paintings and Georgia O’Keeffe’s  wonderful 1929 painting “Lake George Window.”  Working almost 50 years apart, both artists created paintings that reduced – or abstracted – shapes from American Victorian architecture.   How artists of different styles and periods use architecture in their artwork is an interesting study in itself and could be the thematic basis for an art collection.

We just finished framing “Waves” in a white frame that we created by combining mouldings from two different manufacturers.  The frame is clean and bright with a curve that echoes the waves and light depicted in the painting. 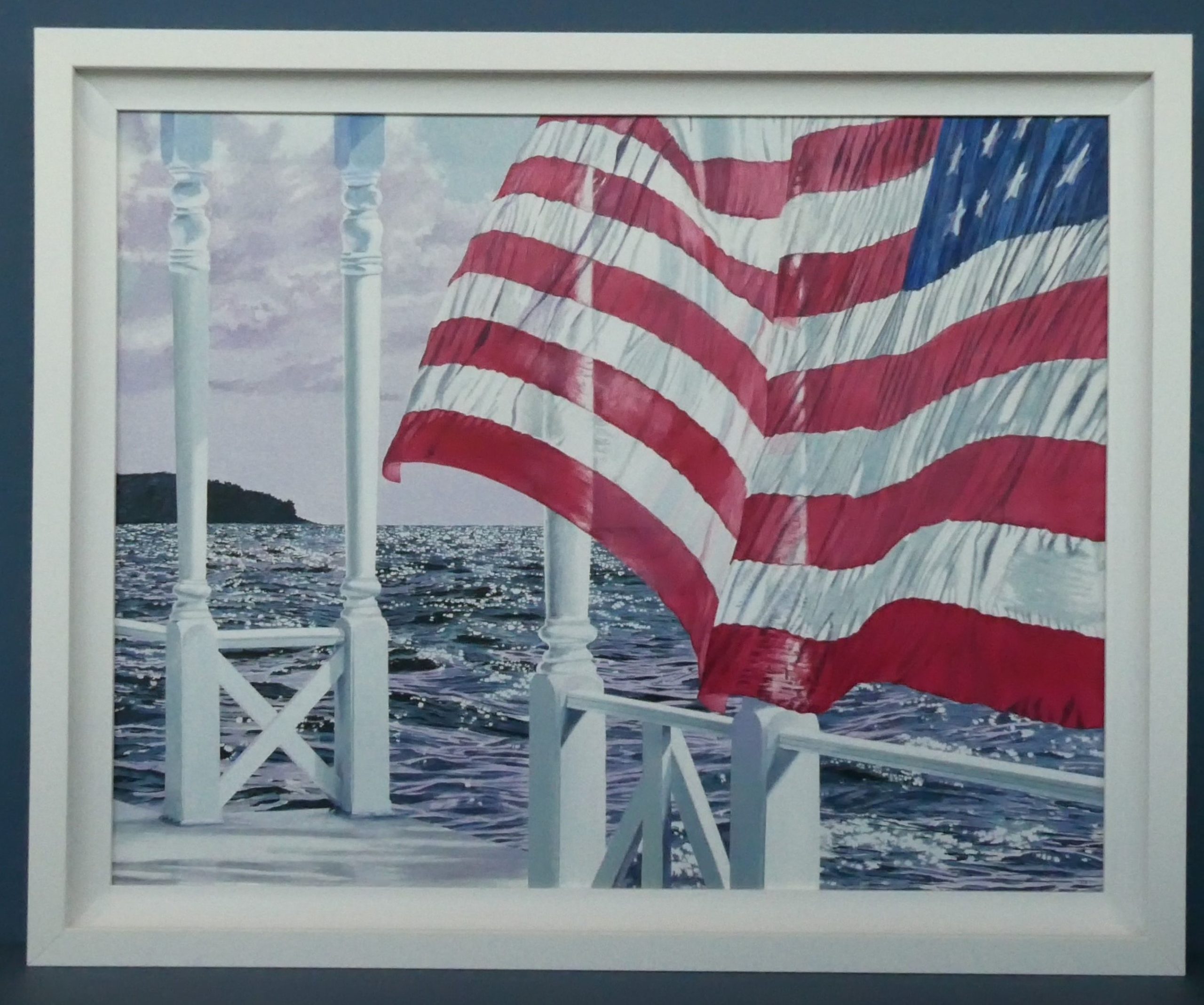 “Waves” is a beautiful, enchanting statement piece for any home.  More than that, it is part of the rich lifelong creative pursuit of one of America’s great artistic talents, Alice Dalton Brown.  It is a true heirloom piece for any family or collector. 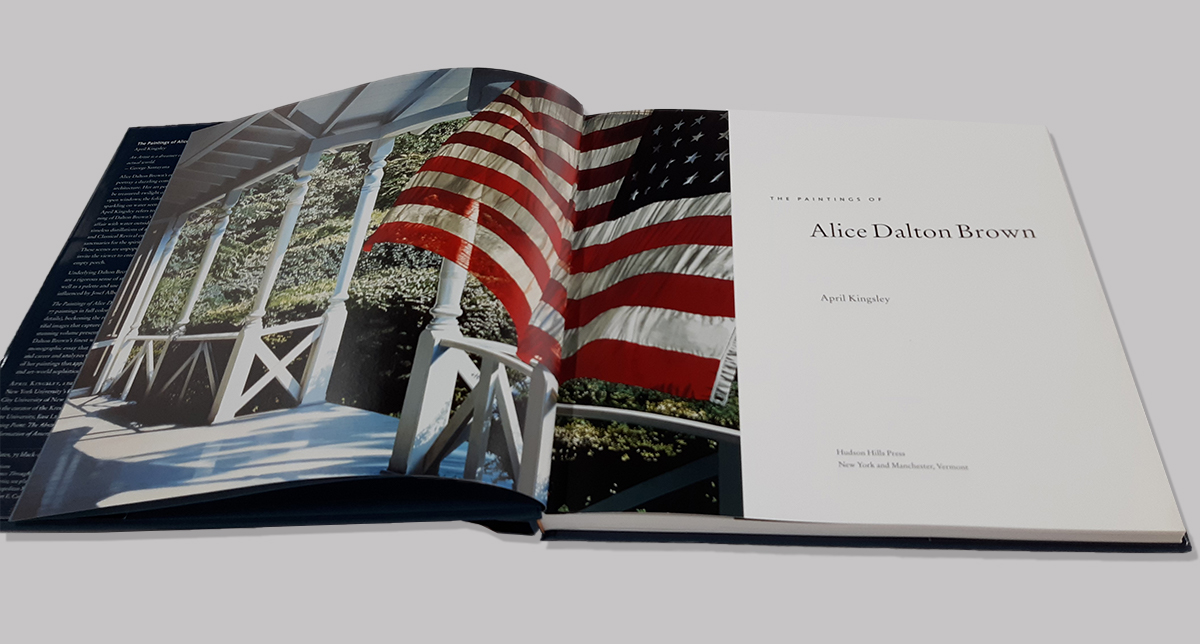 We are most likely to accept offers of 10% or less off the list price.

You will receive an email confirmation